Preserving the character of Farnham while moving ahead with new buildings and developments requires close attention to design. The Society aims to promote and campaign for design sympathetic to the context of Farnham

The Blower Foundation hosts a large collection of architectural material.

The Value of our Inheritance

The impact of a new building on its surroundings is crucially dependent upon design. In his paper, The Value of our Inheritance, David Cooper explores the disciplines of Art and Design. [...]

The Planning Committee has received a limited number of nominations for the Awards. Having sought agreement with the executive committee they have reluctantly decided to postpone the current Award cycle until 2021.

When nominations are sought again the buildings nominated by the closing date of 31 January 2020 will be included. Nomination will be sought for buildings and schemes completed between September 2017 and January 2021.

The Planning chair thanks members that nominated buildings or schemes and will contact them personally shortly. 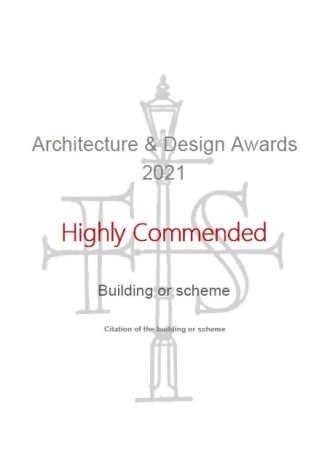